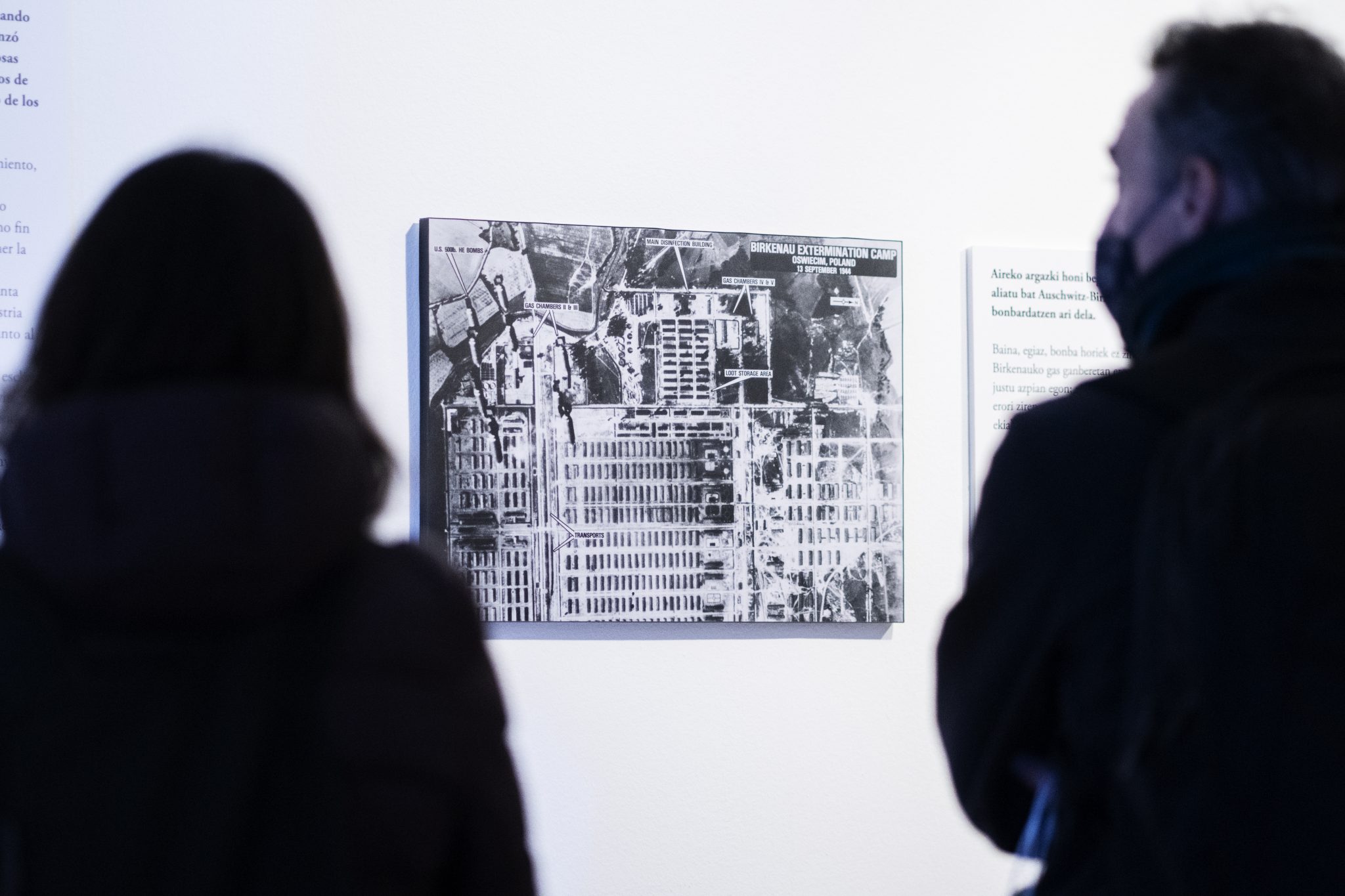 ‘Seeing Auschwitz’ by Musealia closes with a record of more than 6,700 visits in San Sebastian

The exhibition has beaten the historical record of visitors to the KOLDO MITXELENA Kulturunea exhibition centre, where it has been held since 27 January.

Donostia/San Sebastián.— After more than 6 months in Donostia/San Sebastián the exhibition Seeing Auschwitz, created by Musealia and produced by the Culture Department of the provincial Council of Guipúzcoa, has beaten the historical record of visitors of the KOLDO MITXELENA Kulturunea exhibition centre. In addition, it has brought not only the local public, but also people from beyond the borders of the capital of Gipuzkoa, who make up 35 % of the total number of visitors.

The director of Musealia, Luis Ferreiropoints out that “as people from Guipuzcoa, to expose Seeing Auschwitzin the heart of our territory had a special meaning. Musealia was born to tell and help to understand complex and important stories around the world, but it is here, in San Sebastian, where we create and work on them. That this work can leave a mark on our own community is the greatest reward we can hope for”.

In addition to the good reception by visitors in a context of limited mobility, especially during the first months of their stay, the exhibition has managed to attract visitors under 35 years of age as well as students who had included a visit to the exhibition in their school curriculum.

“We have managed to reach a young audience, which was one of our main objectives. For the importance of raising awareness of this terrifying episode in our recent history, and in the hope that we have been able to contribute to facilitating a better way of thinking about it in favour of ethical values and the importance of respect for those who are different, for coexistence and multicultural enrichment, which is, after all, what makes societies richer and freer,” stressed the Guipúzcoa deputy for Culture, Harkaitz Millan.

The exhibition, which has been put together with a panel of curators with expertise in the history of the camp and Holocaust education, has an undeniable educational component. “The images are not neutral sources,” says the exhibition’s chief curator, Paul Salmons. “When we look at them, we think we are looking through a window. Yet we are looking at a piece of reality through the eyes of the perpetrators, filtered by their perspective. You need to look at them with a critical eye to try to understand them,” concludes the Holocaust education expert.

The Musealia’s exhibition, created in collaboration with the Auschwitz-Birkenau State Museum, United Nations and the UNESCO invites us to reflect on what we know, or think we know, about Auschwitz, the largest and most lethal German Nazi concentration camp, by analysing photographs of the camp, the victims and their executioners.